A Hunger That Never Ends

The Infernal Demons are the second race that was created by The Old Gods. The Doom Father as they used to call Griefthor showed them the forbidden arts of dark magic. This dark magic provided a hunger for power that plagues the Infernal Demons, who will not rest until they can control the lands of Aragon.

Their father gave them a gift no different than a gift given from a demon. Immortality, but at a price. In order to keep their immortality, the Infernal Demons must devour souls. A hunger that never ends. Wielders of the Infernal Fire, Masters of Soul Leech their strong worshiping of The Chaos Gods made them unmatched witches and wielders of the dark arts. Created with a single purpose, to destroy life. Hungry for souls, The Infernal Demons joined The Domination in order to make their single purpose easier - to destroy the zealous Humans. Cunning, but honoring their treaties, the Infernal Demons formed their Kingdom with the first Demon Lord, King Satanyr with the capital city of Blazesand in the lands of Dark Desert at Grommdor. 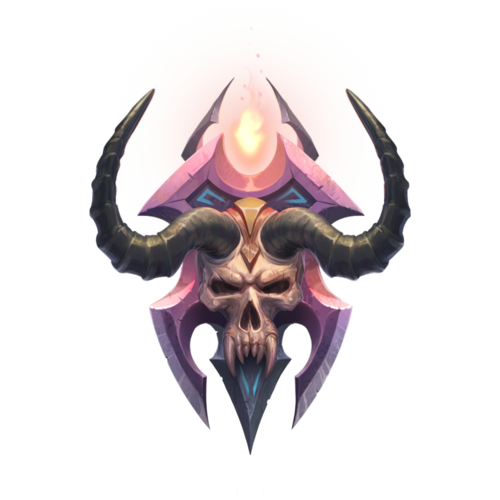 Dark Ritual
Places a ritual circle for 7s. All enemies inside receive 5% more damage from all sources.

Infernal Fire
Deals 150 Fire damage to the target slowing them by 30% for 3s.

One Purpose
Critical Strike against Humans is increased by 10%.