Taking life by the tusks

The last of the Aragon races to spawn, the Gronthars are still not very fond of things like civilization, culture, learning curves. Or soap. They are smelly, noisy and ferocious, and take life by the tusks, any way they like. Their only problem? The neighbors they share Mynorath with, those Lovers of the Light, oink-oink, grunt-grunt. But fighting enemies is something Gronthars like more than, well, almost anything, together with guzzling and lushing - those four things.

Not too long ago, on the shores near the Living River’s delta, one special morning the wild Gronthars woke up and found they had wits, wisdom and memories. The night before a true Goddess stomped the lands and plucked stars right out through the clouds. Her voice was rumbling thunder. “Cower before Grontah, children of the Fanghorn!” she said. “For I am your Mother.” The Goddess then drew a lightning dagger and gutted the sky. The sea, the river and the land become one; a wall of muddy downpour. That’s how the Gronthars came to be. At least, this is the legend the newborn Gronthets hear first. And then they learn that Grontah is a harsh mistress and you should never expect mercy in the hands of one of the Chaos Gods. And certainly not - if this is the Quake Mother. 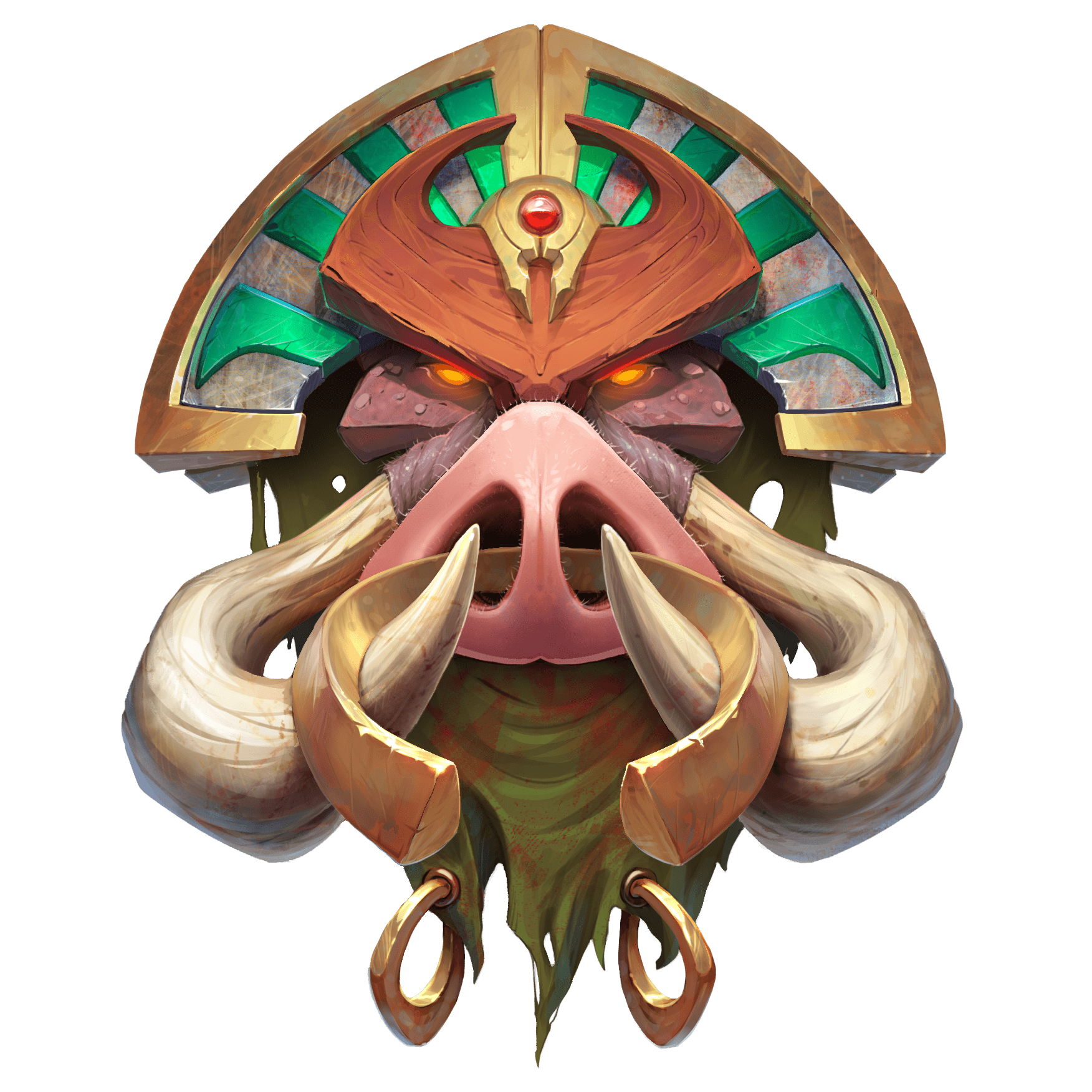 Bombs Away
Throws a bomb at the target silencing them for 3s and dealing 36 Fire damage.

Shackles of Life
Sets a trap for enemies dealing 100 Arcane damage and reduces their movement speed by 20%.