One with The Nature

Affinity with Nature has always been a core part of the High Elf belief system, they use the trees and plants as a resource to fuel their magic and are skilled in the art of stealth, being able to blend into their surroundings. From a young age, the High Elf young are trained to weild deadly ranged weapons, forged from the very trees that they reside in.

After the end of The First war, half of the survivors looking for another source of purpose in life decided to abandon their initial cause and travel together with the Humans to Mynorath. They headed to the ancient Moon Forest. There they became one with nature renouncing the Infernal Fire and accepting the Moon Light as their source of life. The Moon Goddess Elvyn gave them the blessing of immortality and wisdom. From then on they were known as Elves. Masters with the arrow, skilled assassins, and the greatest Druid healers. Elves, with their first queen, Queen Elyssandra formed their Kingdom with the capital city Lunadell in The Moon Forest of Mynorath. 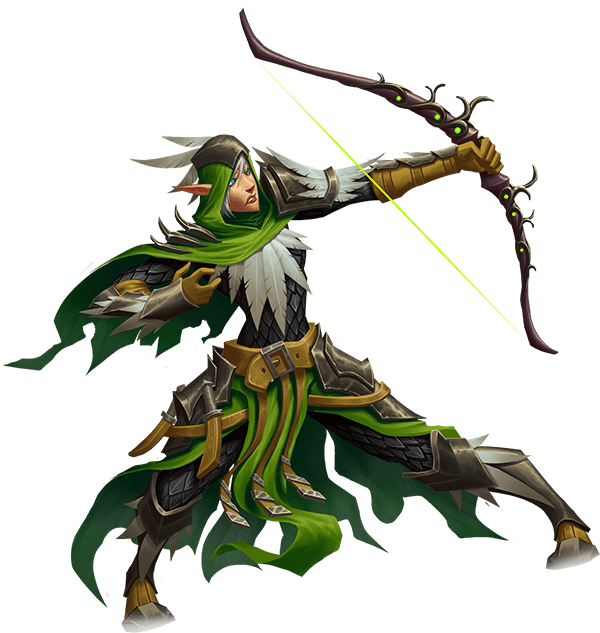 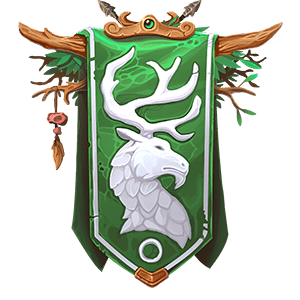 One with The Nature
Creates roots around the enemy target preventing any movement for 5 s.

Master of Arrows
Critical chance with Bows increased by 5%.

Blessing of the White Stag
Regenerates 20% health to a friendly target over 10 seconds.